Sketchbook Page (study for Woman with a Suitcase) 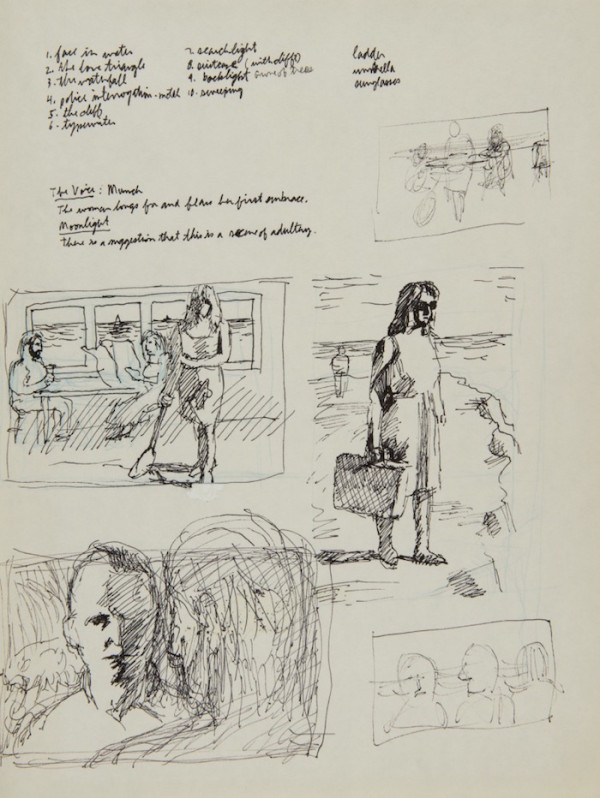 This sketchbook page, with its multiple studies and notes, reflects Robert’s new focus on creating a series on a common theme, planning small sluices of a subject in many images rather than trying to express all his ideas in one image. The text lists two paintings by Edvard Munch, from a series of paintings about love which Munch called the Frieze of Life. Robert is also creating a series of paintings about love. The text Robert quotes is as follows: “The woman longs for and fears her first embrace; there is a suggestion that this is a scene of adultery.” To convey adultery, Robert experiments with compositions using three figures. He also jots down his first study for Woman with a Suitcase. The man looking on in the distance is eliminated in the finished painting.