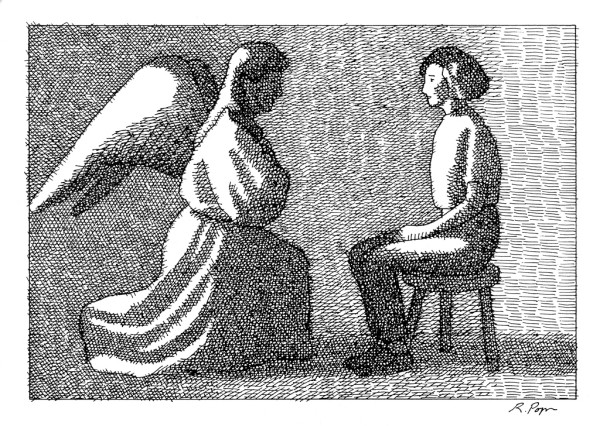 This illustration, influenced by Leonardo’s Annunciation, was featured in one of Robert’s hand-crafted Christmas cards. Robert had a life-long fascination with Leonardo da Vinci, in part because of da Vinci’s dual interest in art and science. In university, Robert had to choose between the fields of science and art, both of which he excelled at.

Robert has given his Madonna a contemporary look with her short hair, T-shirt and jeans, which makes the appearance of the angel that much more surprising. The simplicity of the composition, with the Madonna in full light and the angel half in shadow, allows a special drama to unfold without being overly Biblical: instead there is a powerful sense of the injection of the marvellous into everyday life.