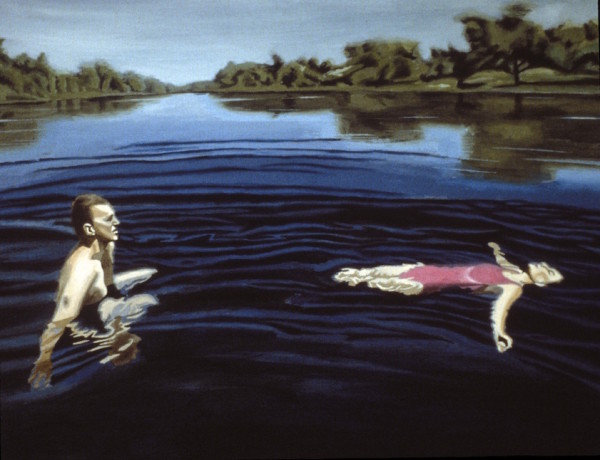 Robert took photos at a Macrobiotic group picnic and the figures in the river suggested a return to health through harmony with nature and community. We see two stages of immersion, as the man treds water, half in and half out, while the woman floats more confidently on her back. The river stretches into the distance, disappearing among the lush foliage growing along the banks. River first appeared in Robert’s exhibition “Accident” in 1988. In many images from this series, figures stand on wharves staring at a distant ocean, as if the water were some insurmountable barrier or force beyond their comprehension. In River, the barrier disappears; people no longer gaze at nature, or try to understand it, but simply join it and are renewed by its calming currents.