Revel without a Cause 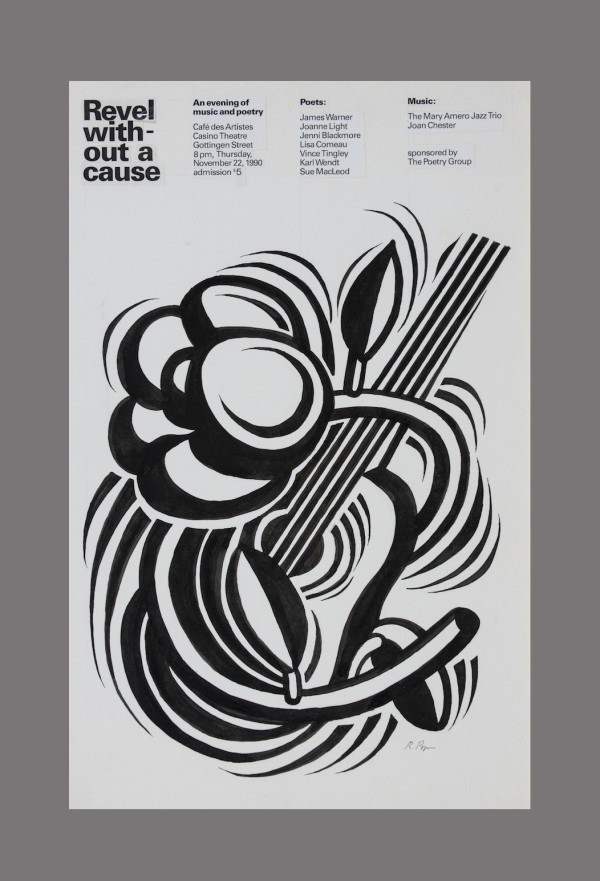 A flower wraps itself around a guitar and appears to play the instrument, using its leaves to strum the vibrating strings. The flower is gigantic in proportion to the guitar and is drawn in a strange tubular style with a dark shadow. The illustration and design were created for literary and musical friends performing in a coffeehouse. The flower may represent the poets and the guitar may represent the musicians who have come together for this event. It’s not a benefit for charity, which is why it’s called a “revel without a cause.” Robert makes no effort to illustrate this pun on the famous James Dean film, instead opting for a light-hearted bit of surrealism.

Revel without a Cause
Keywords: graphic    music