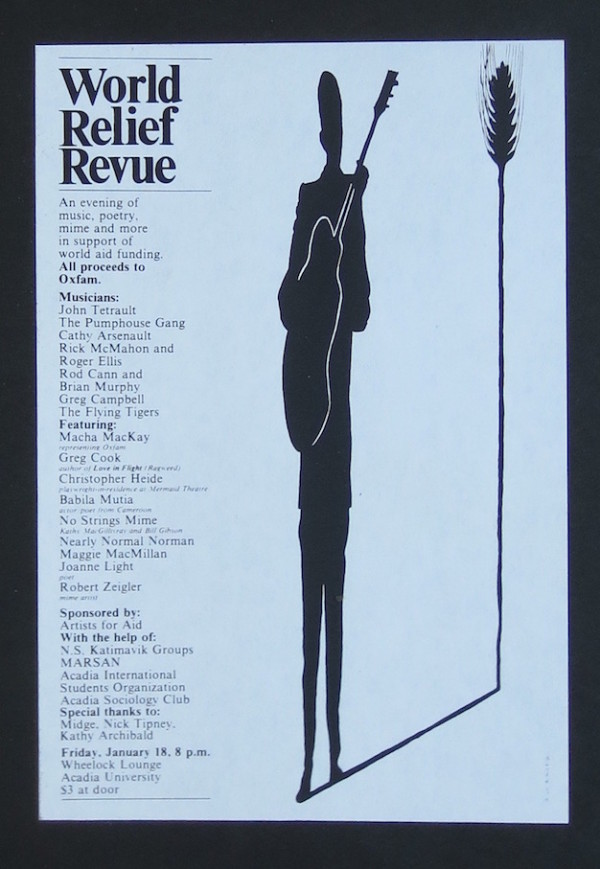 On July 13, 1985, a televised live concert, raising funds for famine relief in Africa, was held simultaneously in London and Philadelphia. The extraordinary publicity generated by this “Live Aid” event inspired artists and musicians around the world to organize similar local fund-raising events. Robert’s friend Joanne Light was the principle organizer for this multi-performer gala held at Acadia University in Wolfville, N.S. on January 18, 1986. The poster features three vertical elements: a column of type, a silhouetted figure playing a guitar and a single stalk of wheat. This is one of the first examples of Robert’s elongated Mannerist style influenced by El Greco. It works well in capturing a feeling of hunger, the reason for the benefit. Robert later used elongated figures in his “Illness and Healing” series to depict emaciated patients. Music is portrayed here as a transformative agent, turning a performance into a useful life-giving substance.