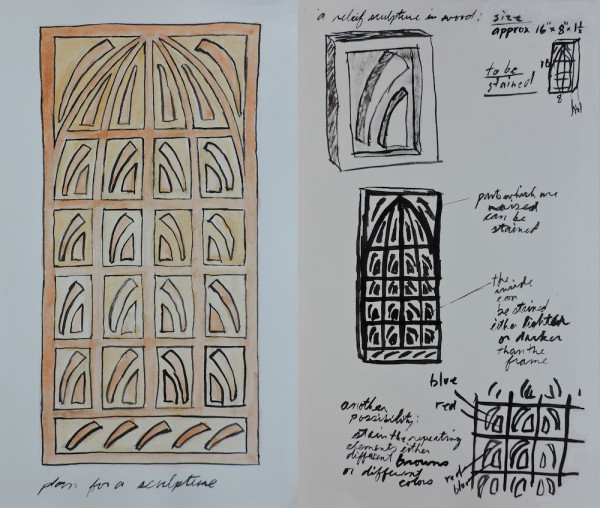 Robert’s father William had done some wood carving as a young man, but as his family and business grew, this past-time was abandoned. To encourage a revival of this creative activity, Robert presented his father with a design for a bas relief carving. The design features a Gothic window divided into sections, with arc-shaped patterns creating a vibrating sunburst effect. Robert was influenced by Matisse’s abstract window designs for the chapel at Vence in the south of France. Robert’s father was a United Church minister, as well as a publisher, and Robert hoped his window idea would appeal to William as both an artistic project and as a religious subject that referenced a church. Unfortunately Robert’s plan was never realized.