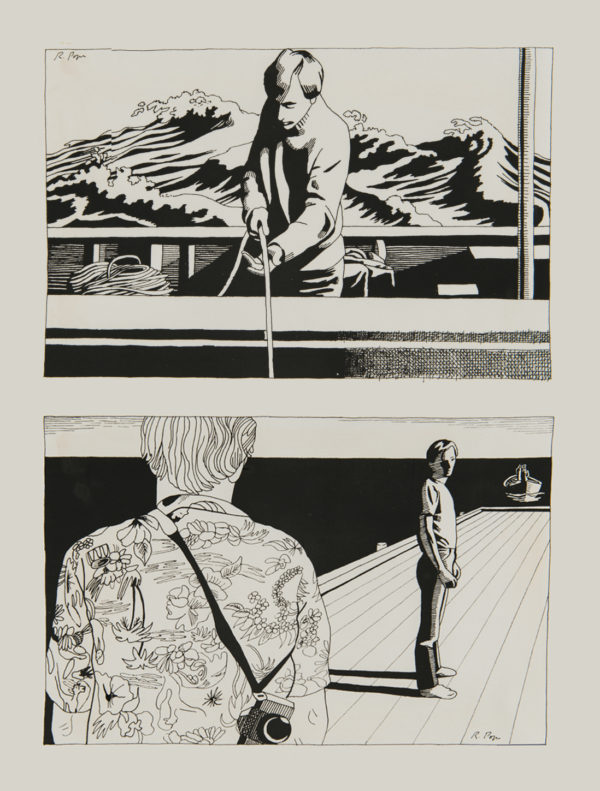 These are two of three illustrations Robert made for a story, Brian’s Dilemma, published in Canadian Forum. The story involved an unemployed fisherman, still a young man, who has moved away in search of work. When he returns home to his fishing village, he encounters tourists and feels a strange sense of being a tourist himself.

Globalization was a hot topic at a time when local sources of income, such as the fisheries in Nova Scotia, were all but exhausted. Robert’s illustration contrasts a traditional view of a fisherman at work on the open sea with a more contemporary view showing the fisherman caught between the gaze of a tourist and a boat that is no longer in use. The wharf connects the two poles of this new world order. However, the most telling difference between upper and lower drawings may be in the treatment of the water. In the top image, the water is treated as a dynamic living force. In the bottom image, the water is shown as a black and lifeless pool.