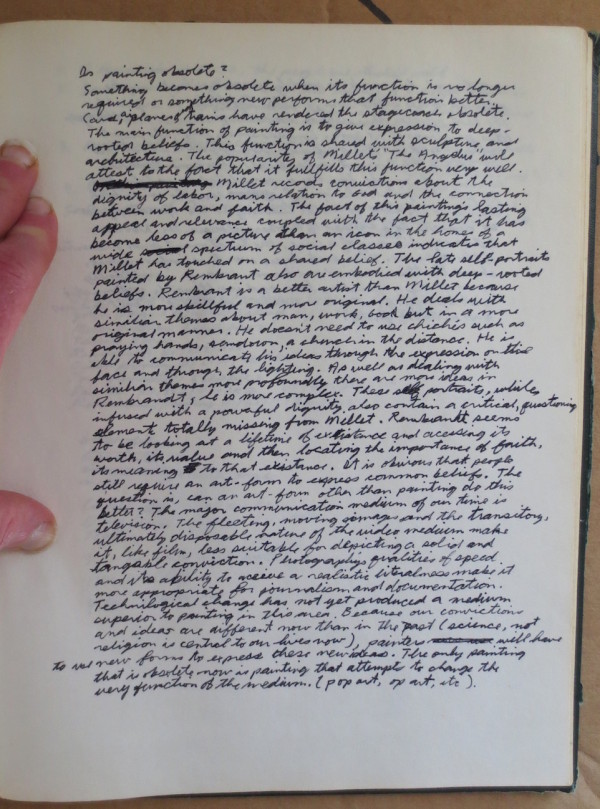 In the 1970s and 80s, teachers and students at NSCAD were challenged to examine the nature of the media with which they worked. In this manifesto-like sketchbook entry, Robert asks himself, “Is painting obsolete?” He begins by noting that “Something is obsolete when its function is no longer required or when something new performs that function better. Cars, airplanes and trains have rendered the stagecoach obsolete. The main function of painting is to give expression to deep-rooted beliefs.” The painters Millet and Rembrandt are offered as examples of painters who express common beliefs. Then Robert asks does TV, film and photography express beliefs more convincingly than painting does for today’s world? These media are more realistic than painting, but also more transitory. Robert champions Baroque art over realist art—realism by itself is no measure of the success or failure of a work of art. The entry concludes by arguing that the forms and styles of painting may need to change to reflect current attitudes, but when artists attempt to change the function of painting, to turn it away from the expression of beliefs, those artists will not succeed.