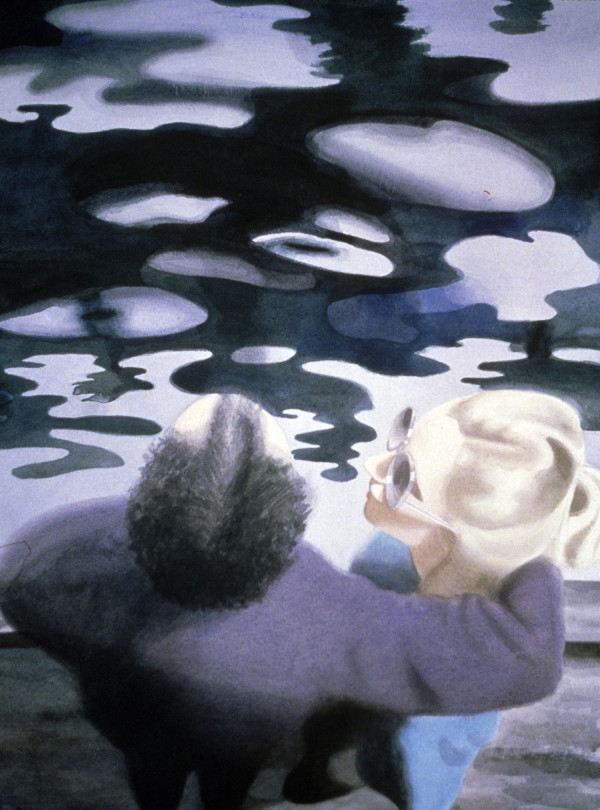 This is the second version of Harbour, following dozens of studies. This watercolour was one of the artist’s first images to locate figures in a landscape charged with symbolic intentions. The ocean generates abstract patterns that tantalizingly suggest shapes and images, as if hinting at half-formed thoughts and inexpressible feelings, accompanied by a dream-like sense of vertigo and hallucination. The churning sea may also represent the turbulent, unpredictable nature of the couple’s relationship. Robert has used an unusual high angle looking down on the man and woman. This disorienting view could be associated with spying or danger. The device is influenced by the artist’s study of classic Hollywood films, though, as he so often does, Robert situates his influences in local settings. This is one of four images posed for by fellow artist Sean McQuay. Sean was a great wit and creative spirit, and one of Robert’s closest friends. Both Sean and Robert shared studio space in the Sackville Street studio, located near the Halifax waterfront.