Excavation with Patient and Window 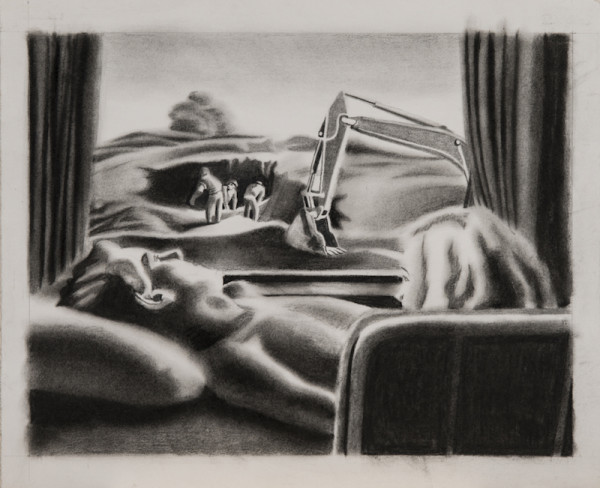 Robert made 5 versions of this image, using charcoal, pen and ink and watercolour to explore different aspects of his idea. Yet oddly, none of these versions appear in his book, Illness & Healing. It was one of the first drawings in his series and the idea reappears as one of the last sketches he ever worked on. Why did this excavation idea interest him so much and why he was so dissatisfied with it? The world outside the hospital window reflects something going on in the mind of the patient. It may be that the construction work, with a backhoe and men digging a giant hole in the earth, reminds the patient of his own recent or upcoming surgery to have a biopsy or tumour removed. In later drawings, Robert eliminates the visitor, and even the window, so that the dreaming patient appears to be in the same space as the diggers.