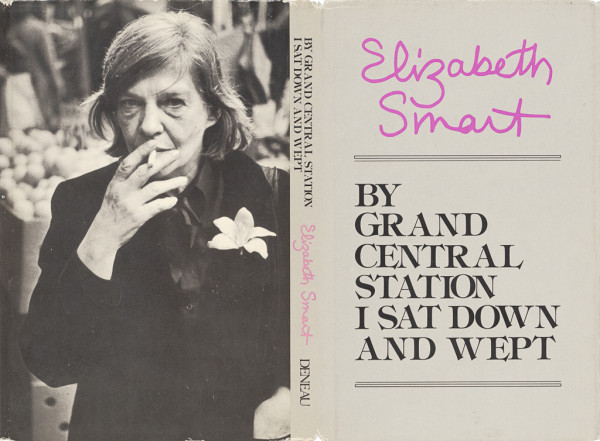 This little known avant-garde gem of Canadian literature was given to Robert by friend and fellow NSCAD artist, Joanne Light. In her reminiscence of Robert, Joanne writes: “I think both Robert and I were in the throes of emotional upheavals over relationships. I wasn’t sure about him but I knew I was experiencing an uncomfortable Adele Hugo period, which didn’t seem to be ending but, au contraire, regressing into the dark recesses of infantile romantic insanity. I gave Robert my copy of By Grand Central Station I Sat Down and Wept by Elizabeth Smart, which I had just discovered, devoured and relished for her emotional intensity regarding obsessive love, which recounted destructive act upon destructive act, what I was inflicting upon myself. This book became the skeleton on which Robert fleshed out and hung his first major exhibition “A Seal Upon Thine Heart” in 1987.” (pp. 4-5)

In an interesting side note, the Canadian art critic Tom Smart, who is distantly related to the writer Elizabeth Smart, wrote a catalogue essay on Robert for the AGNS retrospective in 2012.

Cover of the novel By Grand Central Station I Sat Down and Wept
Keywords: books